One of this year’s recipients the Japan Foundation Awards was Yoko Tawada, a graduate of, and visiting professor at, Waseda University. The grand award ceremony was held at the Hotel Okura on October 16. In addition to Ms. Tawada, the other recipients of this year’s awards were the composer Toshio Hosokawa and the Spanish-Japanese Cultural Center of the University of Salamanca. Like Ms. Tawada, Mr. Hosokawa bases his activities in Germany, and the two also have in common how their works transcend boundaries of nationality and language.

The Japan Foundation praised Ms. Tawada in high terms: “As a bilingual writer of such caliber, she is a unique figure not seen before in modern Japanese literary history… Her creations have energized international communication across borders and languages… Tawada has pioneered a new boundary realm of literature, while helping to further free Japanese literature from the language barriers that confine it…”

In her acceptance speech, Tawada spoke about the character ryū (“flow”), which appears in the Japanese name of the foundation. She emphasized how there are no international borders in culture, which flows like water, mixing together and changing as it becomes ever richer. There have been growing calls in recent years to consider Ms. Tawada as a candidate for the Nobel Prize in Literature. For instance, in a dialog about the Nobel Prizes published in The New York Times in September, it was mentioned that Ms. Tawada might become the first woman from Asia to receive the prize. The November announcement that Ms. Tawada’s novel The Emissary had been shortlisted for this year’s US National Book Award for Translated Literature also drew attention. 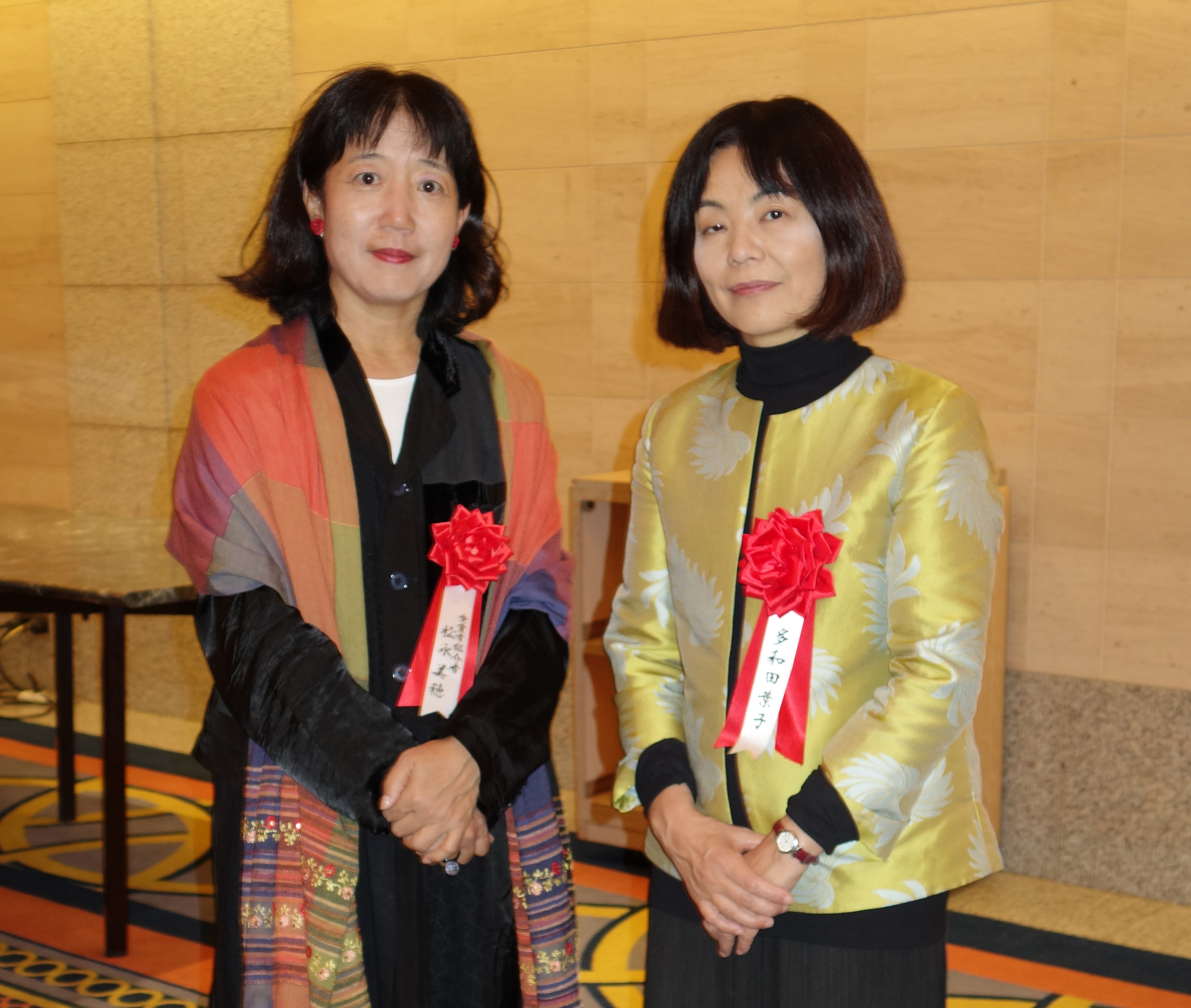 A reading and performance event by Ms. Tawada and the Berlin-based Ms. Aki Takase and an accompanying workshop are scheduled for November 15 and 16 this year in Waseda University’s Ono Memorial Hall. This should be a valuable opportunity for current students to discuss possibilities for literary expression with Ms. Tawada.