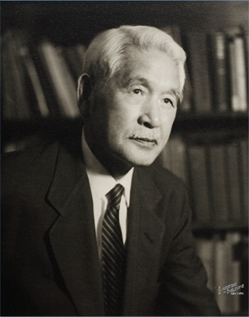 Ryusaku Tsunoda (1877-1964), known as one of the founders of Japanese studies in the United States, taught at Columbia University, a global leader in the field of Japanese studies today. As Tsunoda’s alma mater, Waseda University has developed deep ties with Columbia University over the years. Spearheading the notion of Global Japanese Studies, the two universities have recently collaborated in holding international symposiums on Japanese literature, and in jointly publishing bilingual collections of essays: Waka Opening Up to the World (Bensei shuppan, 2012) and Censorship, Media, and Literary Culture in Japan (Shin’yōsha, 2012).
In 2008, Waseda University’s Graduate School of Letters, Arts, and Sciences (LAS) established a Double-Degree Program with Columbia University’s Department of East Asian Languages and Cultures (EALAC). The graduates of the program are beginning to thrive on the world stage, conducting cutting–edge research. The new phase of the Global Japanese Studies program will evolve with three institutions as its base: LAS at Waseda University; EALAC at Columbia University; and the Department of Asian Languages and Cultures (ALC) at UCLA, with which both LAS and EALAC have partnerships. The program will expand its scope from literature to various other fields in the coming years, and will develop global-standard models of research and education on a worldwide scale.