Event Report- Workshop “The Humanities in the 21st Century: Classical Studies in and for the World”

Event Report- Workshop “The Humanities in the 21st Century: Classical Studies in and for the World”

Workshop “The Humanities in the 21st Century:

Classical Studies in and for the World!”

On June 23, 2019, a workshop, “The Humanities in the 21st Century: Classical Studies in and for the World” took place in Conference Room 10 in Building 33 of Waseda University’s Toyama Campus.

Researchers and educators in the field of classical studies from regions around the world were invited to attend the workshop. The event’s aim was to provide a venue for these scholars to consider the state of global classical studies and to discuss the roles that classical studies does and should play in today’s society, allowing issues concerning the study and teaching of the classics, as well as new directions in which to take these endeavors, to come to the fore.

The event plan was to spark such discussions by means of the three-volume work A New History of Japanese “Letterature” (Bensei Publishing), in whose publication Wiebke Denecke, Professor at Boston University, and Kimiko Kono, Professor at Waseda University’s Faculty of Letters, Arts and Sciences, played central roles as editors. A New History of Japanese “Letterature” is an attempt to fundamentally reconsider Japanese literary and cultural history through the central conceit of a conceptual history of “letters.” Additionally, the workshop would come to serve as the launching point for Boston University’s Comparative Studies of the Premodern World Initiative. Based on these developments, Denecke and Kono proposed and instituted the workshop with the intentions of posing questions about the meaning and methods of classical studies—beginning with the study of the classics in Japan and East Asia but expanding the horizon of inquiry to include the rest of the world. On the day of the event, the workshop commenced at 9:00 am with opening remarks by Kimiko Kono. Afterward, Denecke explained the purpose of the workshop and how the rest of the day would proceed. In the run-up to the workshop, the organizers asked the presenters to consider the issues described below. The organizers adopted a system in which three panels were formed. In each panel (lasting 90 minutes apiece), the presenters gave short talks of around five minutes, after which the remaining time was devoted to discussion.

(1) The Present and Future of Classical Studies

The presenters introduced themselves and talked about their research and the current state of their areas of study.

Problems, concerns, and other issues in the classroom for these areas of study were discussed, concerning conditions in Japan and abroad.

Also touched upon were expectations and visions for the future.

Each presenter discussed the concept of “the classics” from the standpoint of his or her research (in reference to “the classics” as a concept and a term within the speakers’ respective cultural spheres, as well as the canonization of literature, scholarship, and knowledge, among related topics).

The presenters discussed the social function of the classics and classical studies from the standpoints of their respective research.

The presenters discussed, from the standpoints of their respective research, how (by whom, why, for what purpose, where, and in what manner) the classics and classical studies came into being.

The presenters noted items of particular interest and posed questions about the classics and classical studies in regions other than those that were the subjects of their own research, with the aim of facilitating comparative studies.

The presenters talked about the relationships among the classics/classical studies and politics, society, and the populace as a whole.

The presenters discussed the condition of the classics in an age of globalization.

The presenters discussed the condition of institutions that deal with the classics and classical studies. 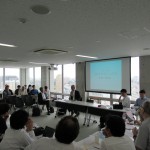 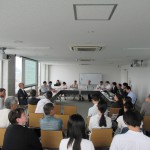 The participants of the workshop consisted of researchers whose subjects of study comprised East Asia, the cultural sphere historically influenced directly by works in Sanskrit, the Arabian/Persian cultural sphere, and the Greco-Roman cultural sphere. The discussions went in many directions, but the workshop kept to its aim of consistently building a constructive dialog about the roles that the classics and classical studies should play within the current state of academia, which has been described as suffering from a “crisis of the humanities.” The problems and issues faced by the classics and classical studies were brought to light through the presentations and discussions in the three panels. This, in turn, affirmed that sharing these problems and issues will, indeed, suggest numerous hints about how to think about the direction in which a “21st-century humanities” should be guided. To give a few examples, issues such as those of the classics and religion, the classics and the masses, problems relating to translation and multilingualism, and education and classical studies, were repeatedly brought up and dissected in the discussions in the three panels. Through the coming together of remarks about such issues from the standpoints of classical studies in regions around the world, the participants stimulated thoughts and ideas in one another, enriching the discourse with ever more concepts to build upon.

After all three panels concluded, there was a 90-minute roundtable discussion. During this part of the workshop, the two moderators started off by offering comments, there was then a general discussion, and finally all participants took turns passing a microphone around and spelling out their views and reflections on the proceedings that had just taken place. The mere provision of an opportunity to bring researchers from regions around the world specializing in classical studies together in one place to discuss the state and direction of the classics, classical studies—and, more broadly, the humanities—was surely a rare occurrence. This workshop represented an attempt at fostering comparative research into global classical studies as a way of approaching the condition of, and directions for, a “21st-century humanities.” The aim of this attempt was based on the thought that it could eventually foster the creation of one possible marking of such a new epoch in academia. Therefore, the talks in the panels and the roundtable discussion developed in a direction that was not about seeking an immediate answer of some sort, but, rather, about discussing various issues and sharing knowledge. Thus, it can be said that the result was to clearly confirm the effectiveness of dialogs within global classical studies—or within global humanities. The workshop also afforded an opportunity to think more profoundly about the role that “Global Japanese Studies” should play in, and the contributions that it should offer to, making Japanese studies shine on the world stage and continue to develop in a worldwide dialog, as educational and research environments continue to globalize.

Workshop:
The Humanities in the 21st Century: Classical Studies in and for the World